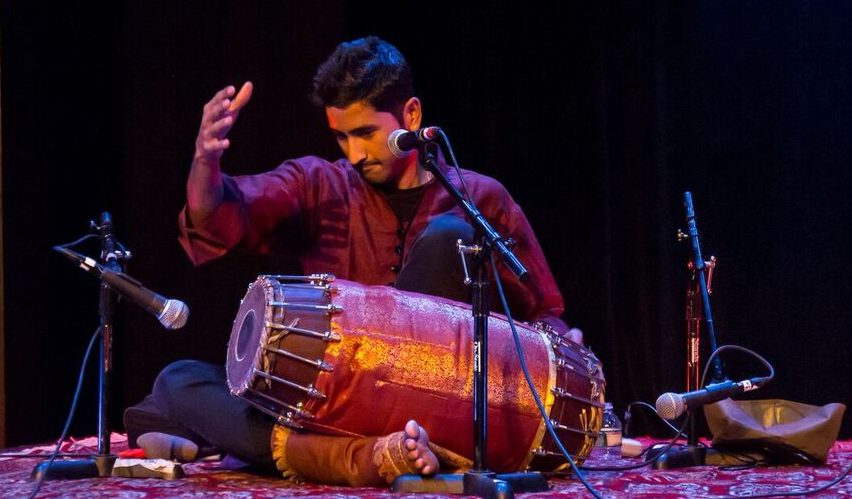 Known for his aesthetic, energetic and creative approach Akshay Anantapadmanabhan’s music is about honestly conveying ideas, moods and emotions in solo, collaborative and accompaniment spaces. His sensitive style and unique backgrounds molded from the eclectic artistic cultures of Chennai and New York City are quickly paving his path as one of the top mridangam artists in his generation.

When asked about his goal as a musician, Akshay says,


I have always envisioned becoming an ambassador of the mridangam and
Indian rhythm in hopes of spreading their unlimited potential. An
inspiration for me in this realm is definitely Zakhir Hussain and how
he has established the tabla as one of the most popular Indian
percussion instruments globally.

Read below about Akshay’s favorite Fellowship productions and why he enjoyed working on them.

“RagaTone is the first piece of a series of compositions I worked on that has become into a thrilling, one-of-a kind ensemble that is already being featured in some prestigious venues. As one of the co-creators of the piece, it gives me a lot of satisfaction to see my collaborative vision come to light through this production.”

“RagaBond is the second of its kind that brings together Indian music with Jazz and popular tunes. The energy, sync and uniqueness of this piece definitely puts it up there for one of my favorite works as a mentor at the IR Fellowship.”